THE SHIPWRECKCITY OF GRAND RAPIDS

The Shipwreck City of Grand Rapids

The Disaster - The City of Grand Rapids was a double-decked steamer working the coastal trade between Owen Sound and the villages of Manitoulin Island and the Bruce Peninsula. On the evening of October 29, 1907, a fire broke out aboard the Grand Rapids while docked in Little Tub Harbor. Under the command of Captain Alex Craigie, the tug Clucas took the burning vessel in tow, pulled it out of the harbor, and released it. The City of Grand Rapids then drifted into Big Tub Harbor. It continued to burn, and eventually came to rest at the head of the harbor, where it burned to the waterline, rolled to starboard and sank.

The Wreck Today -The City of Grand Rapids lies in 0 to 3 meters of water, just south of the Sweepstakes at the head of Big Tub Harbor. The bottom of the iron-sheathed hull is intact and filled with coal used for the boilers, as well as silt. The charred tips of the frames can be seen on both the starboard and port sides. Lying on the bottom and clearly visible mid-way along the starboard side is part of the smokestack and a metal frame from the piano that once entertained the guests on-board. The steam engine crankshaft, connecting rods, part of the boiler, driveshaft, pumps and shaft coupling are all present. The rudder and propeller from the wreck were removed in 1968 and are on display outside of the Tobermory and St. Edmunds Township Museum. 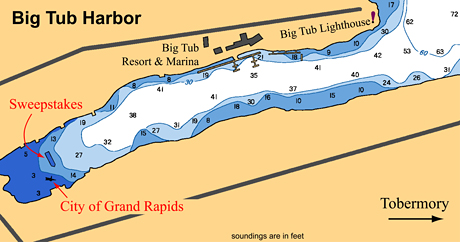 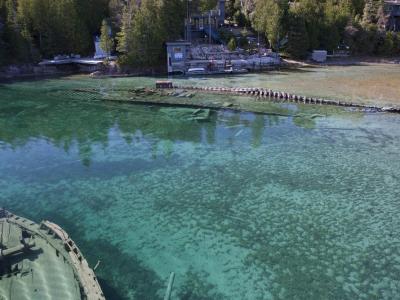 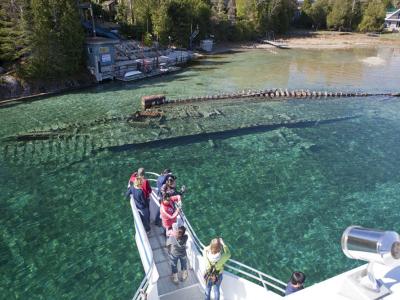 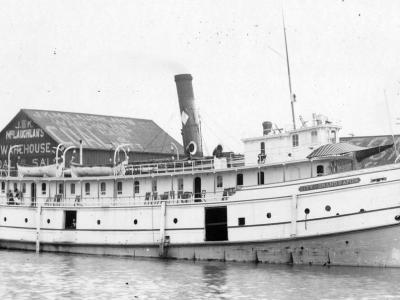 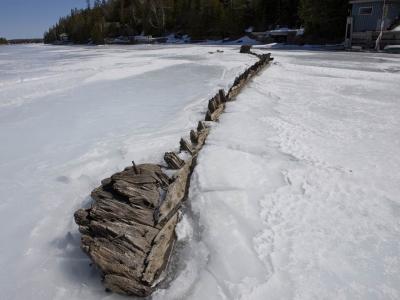 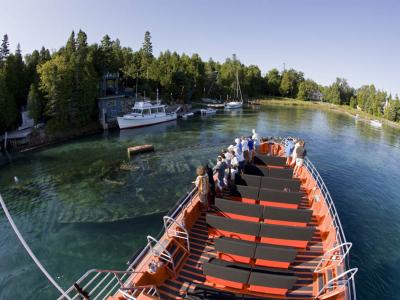 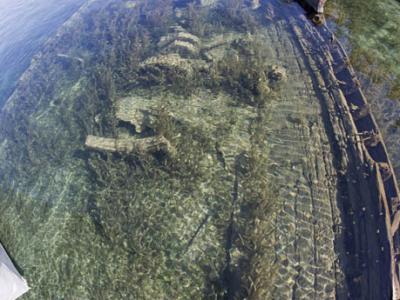 Tour of the Shipwrecks Tobermory 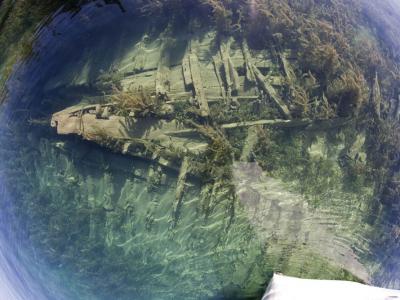 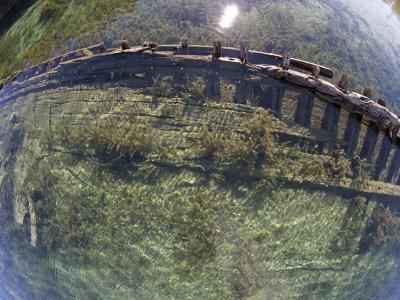 Looking for Accommodations in Tobermory?
Where can you find local whitefish?

Make your stay in Tobermory a memorable one! Visit our page to make plans for your trip to Tobermory, including links to some fantastic local businesses and some valuable local information that will make your stay perfect! Tobermory is located at the tip of the Bruce Peninsula.